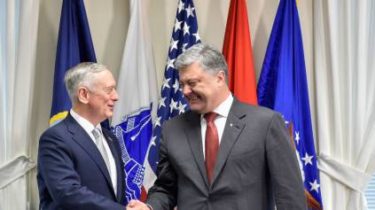 The Minister of defence of the USA James Mattis supports the preservation of sanctions against Russia.

This was after a meeting of the President of Ukraine Petro Poroshenko Mattis, reported the press service of the presidential administration.

“Very strong meeting with the Minister of defence Mattis. He expressed full support for Ukraine and the preservation of sanctions against Russia as an aggressor”, – he wrote on Twitter press Secretary of Ukrainian President Svyatoslav Tsigalko.

Recall that the interlocutors discussed the situation in the Donbass in the conditions of Russian aggression and mutual cooperation in the spheres of defence and the army. 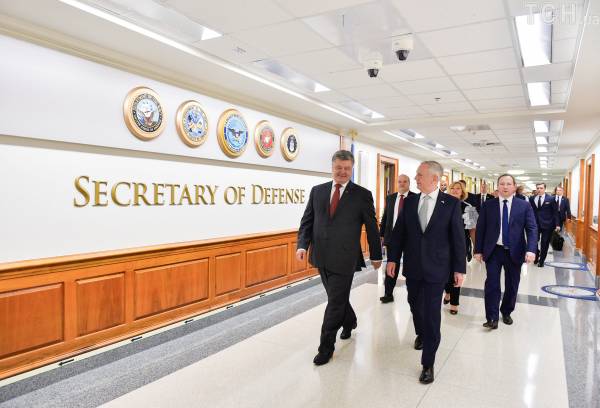 Earlier, Poroshenko discussed the cooperation between Ukraine and the United States with his U.S. counterpart Donald trump.