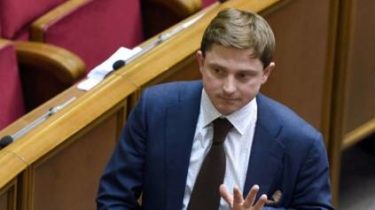 The people’s Deputy Oles Dovgy said that it is not afraid of losing parliamentary immunity.

He stated, commenting on the message of the head of SAP nazara Holodnitsky aboutthe signing of the submission of the withdrawal of immunity from it.

“Claims law enforcement officers will not comment, because there are no official documents from the Kyiv Prosecutor’s office, nor from SAP to me did not arrive. Learned about what is happening in the media. I have to say is only one – never hiding behind parliamentary immunity. Went to the polls, was elected to Parliament not for the sake of integrity. And after two and a half years after the elections continued to openly and honestly look into the eyes of their voters”, – he stressed.

According to long, he is willing to reach out to their colleagues in the session hall to vote for “representation, which allegedly made Holodnitsky”.

“I have nothing to fear and nothing to hide. Discuss with the investigation with the help of Facebook will not. The public Prosecutor’s office will meet in court” – summed up the MP.

Recall that Dovgy was going to be in NABOO in the investigation of production relative to the records Onishchenko about the alleged bribery of MPs. However, he did not come.

We will note, the Prosecutor’s office investigates the allocation of land in Kiev in the period 2007-2009, which appears surname Dovgy.