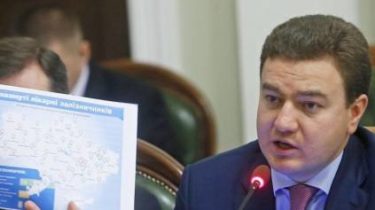 In “Vidrodzhennya” declared political pressure because of the refusal to vote for Pro-government reform.

This was during a meeting of the conciliation Council said the MP, Chairman of the political power of Viktor Bondar.

“All of our deputies in the regions of Ukraine in VR is a lot of pressure from the authorities. In fact it is a compulsion to vote. Sorry, these methods are not methods that should be used in modern Ukraine. We strongly protest against political pressure. We will publicly and officially declare from the rostrum of the Parliament, all of who’s calling who’s calling who threaten the deputies of the local level, regional, and BP in particular. I warn you again, we will not vote for these fake reforms. This is not reform, it’s imitation, first and foremost, we must think about economic things,” said Cooper.