In Australia, ex-billionaire 20 years living on a deserted island after the loss of his fortune 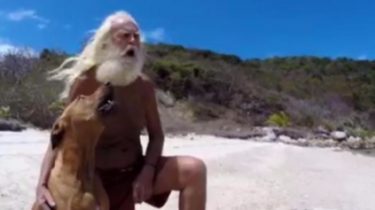 73-year-old former billionaire David Glasen 20 years has lived on a deserted island and he says he’s never been happier. It is reported by the Ladbible.

The man moved to a tiny island in Australia, after he lost a multi-million dollar amount during the crisis on the stock exchange in 1997. Until his state of the highest was estimated at 28.4 billion dollars.

In Britain, a multimillionaire killed his own dog accidentally crushed by a tractor

Today David lives in a small house on the island with the dog Polly. He wants to die and says that before moving to the island was suffering from money, and his marriage was falling apart.

Man wants to find a woman who would share his life, however still lives alone.

“I love that here you live alone and enjoying nature is just a beautiful place in a remote part of the country, which most people don’t know. I love it,” – said David.

We will remind, earlier it was reported that the crew of TV channel Animal Planet during the filming of the program “River monsters” found the man on a desert island in the North of Australia. The man spent two days on the island under the scorching sun and without water. Fisherman in the name Treiman hunted for oysters, but his boat came untied, and it floated away.