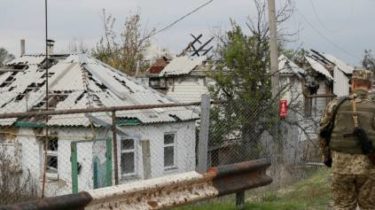 Russia should pay 35 thousand euros compensation for a forced migrant from uncontrolled by the Ukrainian government Lugansk.

This was announced on his page in Facebook the head of the coordination Council of all-Ukrainian public movement “Force of law” Andriy Senchenko.

“In addition, the court in its determination seized the right to claim under the contract, which in 2013 is getting $ 3 billion Russian loan, and banned the Cabinet of Ministers of Ukraine, the Ministry of Finance of Ukraine, the National Bank of Ukraine, State Treasury of Ukraine, other state authorities, their officials to take any action related to the implementation of payments on public external borrowing of Ukraine to the Russian Federation in the amount of the claim of the victim”, – stated in the message.

We will remind, the UN office in Ukraine gives money to the settlers to develop their own business. Such assistance has already received five hundred persons. Maximum grant amount – 200 000 UAH.