Ukraine asks EU to extend sanctions against Russia once a year 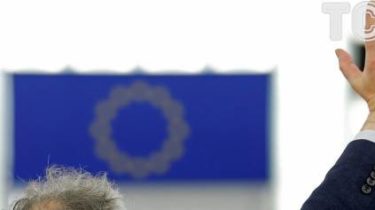 Official Kiev asks the European Parliament to extend sanctions against Russia for its actions in Crimea and the Donbass is six months from a period of a year. This was stated by the representative of the foreign Ministry of Ukraine on issues of politics and communications Oleksiy Makeyev, UNIAN reports.

During a speech at the meeting of the Committee on foreign Affairs of the EU Parliament, he stressed the unacceptability of the Russian policy towards Ukraine and supported the decision of the EU Council on foreign Affairs on the extension of sanctionsrelated to the Crimea, for one year. For such period Makeev asked me to lengthen and other sanctions. “We would be grateful to the members of the European Parliament, so is this something that you would advocate for the extension of sanctions for a period of six months and for a period of twelve months, what would be a very strong signal to Russia about the unity of our Alliance and support of the Ukrainians who are fighting for their freedom and the right to join the European family,” he said.