Captured off guard: Rosenblatt surprised with the view to attract him to criminal liability 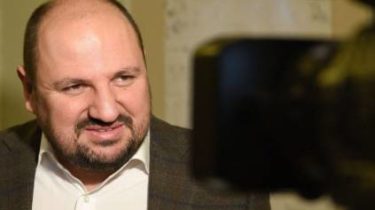 The MP from the faction of the BPP Boryslav Rozenblat said that the idea for attraction it to criminal liability took him by surprise.

This writes the Ukrainian truth.

Rosenblatt added that nowhere to run is not going and Thursday morning will be at the workplace in the Verkhovna Rada.

We will remind that earlier the Verkhovna Rada introduced the idea of granting consent for the criminal prosecution of people’s Deputy Borislav Rosenblatt.

This was announced by Prosecutor General Yury Lutsenko in his Facebook.

“Submitted to the Verkhovna Rada representation about consent on bringing to criminal responsibility, detention and arrest of MP. Rosenblatt, the actions of which are signs of undue influence and bribery for a total amount of 280 thousand dollars,” he wrote.

Later, a spokesman for Lutsenko Larisa Sargan published the text of the submission.