French drivers went to work in skirts through the hellish heat 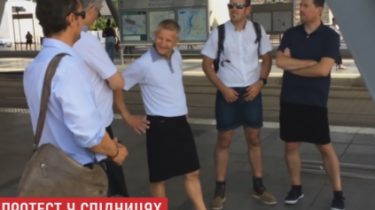 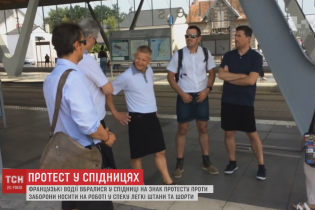 French drivers, dissatisfied with working conditions, have resorted to the original form of protest.

To feel a little more comfortable in the incredible heat, they went to work in skirts.

In Poland, the taxi drivers are protesting against Uber and Taxify

The action took place in several cities. The participants claim that the temperature in the driver’s cab, air conditioning, can reach 50 degrees.

Videoo, France, drivers who are not allowed to wear shorts in protest wearing skirts

In this heat to work in Firmenich pants impossible, and to put on shorts they are not allowed by employers. Interestingly, this prohibition does not apply to skirts, because they are part of the female uniform.

In Rome, taxi drivers staged a demonstration and scuffled with police

Recall that the Paris drivers were outraged by the innovation of the local authorities. In the French capital decided to release the famous promenade of the Seine from cars. Drivers are happy, because the initiative, pleasant for pedestrians, leading to large traffic jams.

Videonarezkoy on the Seine river will be closed to cars