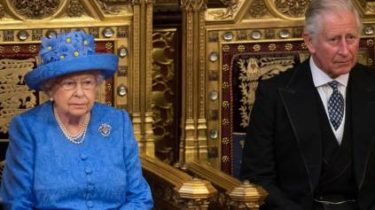 Hat of the Queen of Britain Elizabeth II caused a sensation in the Network, says the story TSN.19.30.

Hat users perceived it as a political statement. The Queen spoke in the newly elected Parliament, presenting the government’s program. And for the occasion she dressed in a blue suit and a matching hat.

But it was decorated with yellow flowers, and resembled the flag of the European Union, which after the referendum, London is forgiven.

Brakcet was one of the main topics of the Royal speech. Elizabeth II even decided not to wear the crown and remained in hat European colors.

Videosrape of Elizabeth II caused a sensation in the network