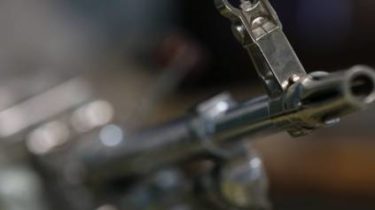 The militants this morning shelled Marinka.

This was announced on his page in Facebook the speaker of the press center of staff ATO Anton myronovych.

According to Ob, it was provisionally established that the terrorists had used 82-mm mortars.

The shelling one local resident was wounded.

Currently being investigated all the circumstances and consequences of the attack.

We will remind, within the last day militants have carried out 35 of the armed provocations. One serviceman of VSU was injured, another combat injury.