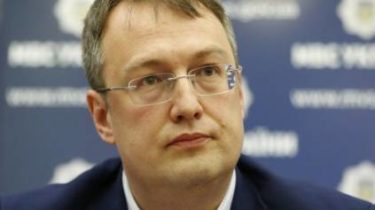 The indictment against the two suspectswho committed an attempt on the life of people’s Deputy Anton Gerashchenko, submitted to the court.

Now they are in custody.

Suspect in the assassination attempt against MP “shines” a life imprisonment.

The security Service of Ukraine claim that the organizer of the assassination attempt on Gerashchenko was one of the members of the terrorist organization “LNR”, which performed the tasks of the main Directorate of the General staff of the armed forces.

“My second birthday”. Gerashchenko first told about the attempt of the Russian special services on his life

A criminal hiding in Russia and in the temporarily occupied territories of Ukraine. He wanted.

We will remind, on January 21 of this year of SBU detained two Ukrainianswho were preparing an attempt on the life of the people’s Deputy Anton Gerashchenko. The attackers planned to blow up a car of MP. As notes a press-service SBU, the murder of MP has ordered Russian special services. The adviser to the interior Minister Zoryan Shkiryak reported earlier that the handwriting of identical customers planning and implementation of the attack with the murder of Pavel Sheremet.