Neon madness: the Ukrainian team wowed the audience on the show “America’s got talent” 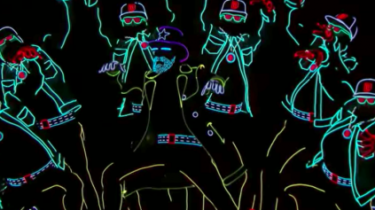 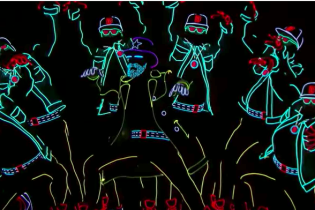 Ukrainian dance group called the Light Balance gave “one of the most magnificent performances in the history of “America’s got talent””.

This is stated on the official contest page in the network Facebook.

Men are so struck by the lead program Tyra banks that she has used her unique right available only once a season, and pressed the “magic button” that sends the participants directly to the next stage – for live performances.

A group of dancers from the Ukraine presented a unique performance with difficult choreography and neon costumes that glowed in the dark.

Light Balance have already participated in a similar show in the UK in 2014, where he reached the semi-finals.

Forgotten the words and was too Patriotic. Network laugh with performances trump the Day of memory of US

We will remind that earlier Ukrainian illuminators took first place at the Festival of light which took place in Berlin.

The installation, which the Ukrainian team brought to the capital of Germany, has shocked thousands of viewers and webalive jury.

The artists ‘ idea was to show a bee hive with a bee. The installation begins with the appearance of the atom, which is converted to honeycomb. Then we see the bee that flies above the flowers, both real and fantastic. And in the final insect makes self and disappears.