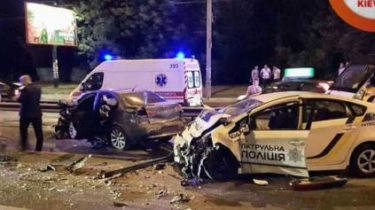 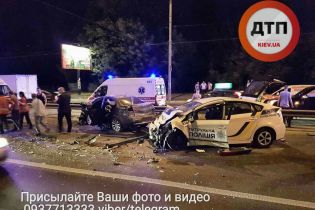 The driver of the BMW with Lithuanian numbers, which last night caused the accident and fled the scene, still not caught by police officers. Injured two police patrol and random 24-year-old man from the oncoming car barely saved by the doctors, according to a story TSN.19:30.

Now all the victims in the accident have to go through a long rehabilitation, which will last at least six months. The police announced in tracing the driver of a foreign car, which after its breach of the SDA pursued by the cops. Police say that developments in the investigation already, and they are quite thorough, however, to declare anything without absolute certainty that it won’t hurt the investigation, will not.

Videosjessica police are looking for the driver of the BMW with Lithuanian numbers, which provoked the night of the accident

The situation highlighted the issue of responsible drivers who use cars with foreign registration. For the police such persons – something like the invisible men, because of information about them in the databases of the interior Ministry there, and to prove that the person who crossed the border, it was in the time of the offence driving difficult.

For this problem, the law enforcement officers promised to take after the Kiev incident. They say they will ask the country’s leadership to resolve the issue at the legislative level, and do now to all owners of unregistered vehicles are expected to be particularly picky.