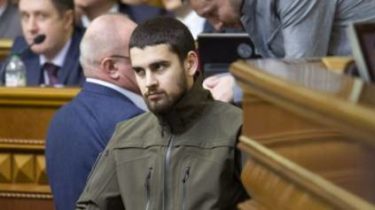 The Prosecutor General of Ukraine Yuriy Lutsenko has submitted to the Verkhovna Rada representation about consent on bringing to criminal liability of the people’s Deputy from “popular front” Eugene Dade.

According to him, the MP may be involved in illicit enrichment million.

“Submitted to the Verkhovna Rada representation about consent on bringing to criminal liability of the people’s Deputy Evgeny Deydey, the actions which seen signs of illicit enrichment in the amount of 6,1 million UAH”, – stated in the message.

Press Secretary Lutsenko Larisa Sargan added that Dade has committed a criminal offence, and it gained in property assets and has not proved legality of the actions.

As previously reported, in the result of joint verification of submitted electronic declarations of the GPU, SAP and NAB to the Verkhovna Rada of Ukraine was prepared the submission for the lifting of parliamentary immunity of people’s deputies Gennady legumes, Eugene Deydey and Andrey Lozovoy. According to Prosecutor General Yury Lutsenko, bean is accused of evasion from payment and Declaration of inadequate information. Of Dade, and he is accused of illicit enrichment.

Dade himself had previously claimed not to worry about the possible removal of parliamentary immunity.