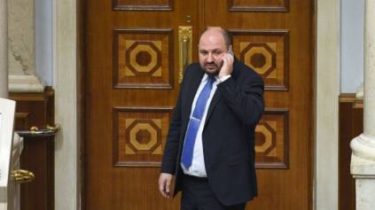 The Verkhovna Rada introduced the idea of granting consent for the criminal prosecution of people’s Deputy Borislav Rosenblatt.

This was announced by Prosecutor General Yury Lutsenko in his Facebook.

“Submitted to the Verkhovna Rada representation about consent on bringing to criminal responsibility, detention and arrest of MP B. Rosenblatt, the actions of which are signs of undue influence and bribery for a total amount of 280 thousand dollars,” he wrote.

Later, a spokesman for Lutsenko Larisa Sargan published the text of the submission.