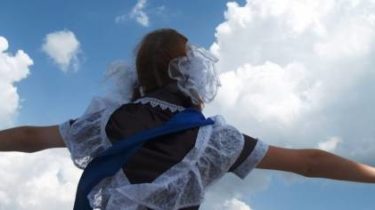 The headquarters of the ATO proposes to introduce a “silence regime” at the time of graduation parties at schools.

“According to the headquarters of the Antiterrorist operation in the Donetsk and Luhansk regions offers “Educational day of silence” proposed to establish in the period from 08.00 a.m. June 24 at 00.00 on 26 June”, – stated in the message.

Important! For the period prom the headquarters of the ATO has proposed to introduce “Educational day of silence” Today, June 22, kemandulan…

Published by the Press center of the ATO headquarters June 22, 2017

June 22, the command headquarters of anti-terrorist operation addressed to the Joint center for control and coordination of questions of ceasefire and stabilization of the demarcation line with the proposal on the establishment of the ceasefire along the line of contact between the parties for the period of the Proms in secondary schools.

Recall that in Minsk the trilateral contact group supported the appeal of local councils about the beginning of the T. SV. bread truce – observance of the regime of silence at the time of harvest from June 24 to 2017 and beyond.

This was reported by press Secretary of Leonid Kuchma Daria olifer.

Videosde to find and how to save money on a prom dress.