In Lviv, more than twice more expensive fare in electrotransport 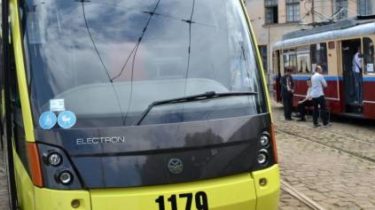 A month later, on 1 August, in Lviv can become more expensive fare in electrotransport twice. Now the ticket costs 2 UAH (General) and 1 UAH (student). Full price in the future will be 4.5 UAH, reduced – 2,25 UAH.

“The current rate was approved in 2014. Now it is economically unjustified and leads to significant losses of the enterprise. In 2015 “Lvovelektrotrans” had 51 million UAH of losses in 2016 – 61 million UAH of losses. In the first quarter of 2017, we already have 25 million UAH of losses. This is a road to nowhere. At the time of approval of the current tariff the cost of electricity was 36 kopecks per kWh, now – 2.25 UAH per kWh. The cost of materials and spare parts have doubled. In addition, the increased minimum wages due to changes in the legislation”, – explained the reasons for the increase Zvarych.

Before approving the new tariff in Lviv will hold a public discussion and agree upon with the Antimonopoly Committee, assured the acting head of the transport Department of the Lviv city Council Oleg Partyka. He said that 4.5 UAH is the minimum economically justified tariff, so to reduce it impractical.

The fare in city buses while will not change. However, carried out the calculations of the new tariff.