The driver of a luxury SUV that exploded in the centre of Kiev, received lacerations of the legs – witness 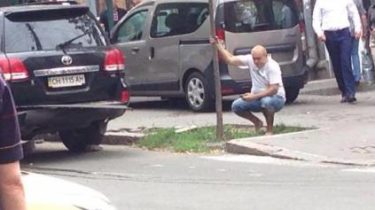 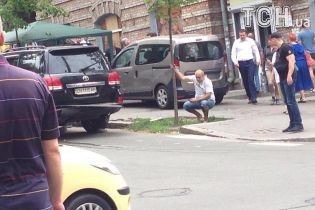 During the explosion of SUV Toyota Land Cruiser in the center of Kiev of June 23, injured the driver, who was in the car.

This was told TSN.ia Olga Mokhnenko, who witnessed the incident. The woman was about 150 metres from the car when it blew up.

Video settings the center of Kiev exploded a luxury SUV

“I heard a very loud explosion. Then turned around, came closer. The front part of the car caught fire but not burned. It caught fire and was extinguished”, – said Olga.

Immediately after the explosion from the car came the driver. “He tried where-that to call, stood on his feet, and then lost consciousness and his people brought to life,” added the eyewitness.

According to the woman, the driver feels OK, but as a result of the incident, he received leg injuries.

At the scene gathered a lot of men. One of them looked like the local security guard, said Olga. He found out he exploded the car and told her driver lives nearby.

We will remind that at night on June 23 in the center of Kiev there was a murder. Near the Golden gate was stabbed by the head of the Union of migrants in Ukraine.