The garbage problem can solve Lviv, with the exclusion of Garden 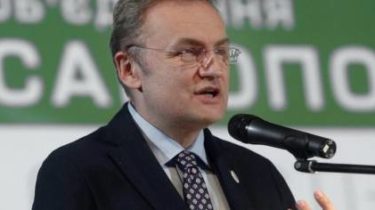 July 5, in Lviv accumulated debris must be removed from the city. The corresponding order was issued by Deputy Prime Minister Gennady Zubko at the meeting of the operational headquarters, according to a story TSN.19:30.

Manage the process of cleaning the delegate of Lviv regional state administration. The head of Lviv has already proposed to the mayor of Lviv for two years to outsource garbage collection to the regional authorities. For it the city budget shall annually transfer 300 million and is obliged to transfer the management of the municipal enterprise “Luisteraars”. “This is an unprecedented case where we recommend to delegate those relating to any local authority. We see security for the people of Lviv, and feel the need to make such a decision”, – said Zubko.

Mayor Andriy Sadovy on offer is not yet agreed, and in social networks called voiced demands to pressure him. A statement-response, he promises to be on Friday.

For more than a year in Lviv have nowhere to export waste. The only landfill that served the lions for decades, closed last year after a fire and landslide debris. On the eve of Deputy Prime Minister Gennady Zubko held in Lviv massive hour and a half meeting, after which said to take out the garbage from the city in 14 days. Now in Lviv under the open sky rot more than 12 thousand tons of garbage. About 40% of the garbage sites in the city are overcrowded.