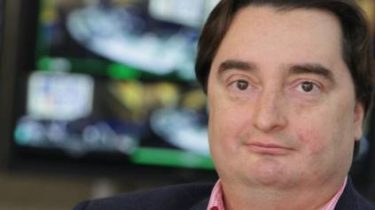 The National Union of journalists of Ukraine stated that their international partners alarmed at night searches edition “Strenia” and the fact that the detention of the chief editor of the publication called “emergency”. This is stated in the message of the head of the NUJU in Facebook Sergey Tomilenko.

“The editorial policy of this online publication, of course, raises many questions. But it should be discussed by journalists, experts, society. If there is a violation of the law – only then turn on the government,” wrote Tomilenko.

In addition, the head of the NUJU considers unacceptable the dissemination of information about the detention of editor-in-chief “Strenia” the Prosecutor General of Ukraine Yuri Lutsenko in Facebook for “likes”.

“The situation where the Prosecutor General is competing for “likes” on Facebook those who do not like the editorial policy “of the Country,” unacceptable!” – stated in the message.

According to him, international partners NUJU disturbed by the searches of editorial and require argumentovano explanation of the behavior of law enforcement officers.

“And ask whether this situation is a manifestation of selectivity? Because only recently in Vienna at a big international conference was discussed the system of impunity in Ukraine for crimes against journalists. And we said that, for example, arson!!! car journalists in Dnipropetrovsk region, not investigated! None of those police or prosecutors who had the time for proper investigations! And here is a night RAID dozens of security forces…,” wrote Tomilenko.

A search of the media and detention of the editor-in-chief – emergency! Especially considering that “a Country.ia” has high…

After his arrest came two lawyers, but they are not missed in the editorial office. Later it turned out that one of the defenders Igor Guzhva in the room is still there is the Minister of justice of times of Yanukovych Olena Lukash.