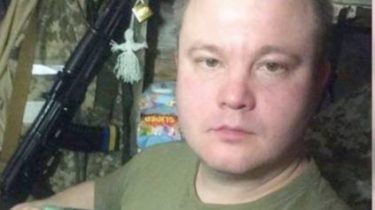 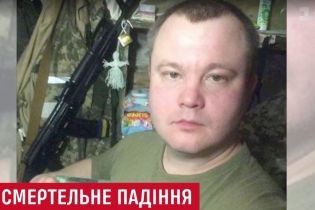 In the capital, investigating the mysterious death of 37-year-old soldier from the ATO. Dmitry Smirnov fell from the apartment on the 9th floor on the left Bank of Kiev during the vacation, according to a story TSN.19:30.

Eyewitnesses say that the cries could be heard – only the sound of falling. But we are convinced that the man himself to jump out so far could not, therefore, suspect that the deceased “helped”.

Videovista or suicide: in the capital from the window of a 9-etazhki fell fighter ATO

Wife says Dmitry came out of the house in the morning to drink beer with friends, then saw it in the store, and then with a strange couple – a bottle. Together with new friends went to their home – where he stole money and documents. “When it was a large sum of money – more than 10 thousand. If it was a car documents. Nothing was found,” says the woman. She refers to the neighbors who allegedly heard arguing in the apartment where the tragedy occurred. “My husband was killed. I was a small child,” says the widow.

Investigators tell us that the owner insists on suicide, saying that during the feast the guest had left into the next room, where he jumped out the window. However, the 52-year-old owner already came into the view of militiamen – he was convicted of grievous bodily harm. Neighbors say the man was drunk and was often aggressive. He and his wife are unemployed. There are witnesses who saw Smirnov, who came out of the door shortly before his death, and then grabbed the purse and returned – guess I missed the money and returned to understand.

Relatives and friends of the victim insist that he was even-tempered and cheerful, no signs of suicidal tendencies did not show. And assume that the man was the victim of a pre-planned robbery. Now the landlord was arrested, he is charged with premeditated murder. The investigation is underway.