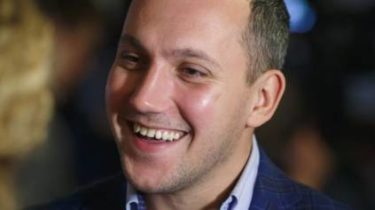 MP from the faction of the Radical party Dmitry Linko has denied the information that the chief editor of the newspaper “the Country.ia” Igor Guzhva personally demanded 20 thousand dollars.

About Linko said in the broadcast channel NewsOne.

Thus the people’s Deputy also noted that since his last meeting with Guzhva has been more than three months.

“In this situation during these three months I met with Guzhva. I remember, maybe six months or a year ago, we met at a show. Personally, we never met him,” said Linko.

We will add that statement Linko said the lawyer Guzhva – Olena Lukash, who was Minister of justice of Yanukovych.

“Igor Guzhva is suspected of extortion. Yesterday he received the notice, which describes the facts of his meetings and conversations with the Deputy of the radical molting. And now a word to molting. It turns out, with Guzhva he has not met. The case fell apart at the start. And it’s perfect!” – she wrote on his page in Facebook.

Igor Guzhva is suspected of extortion. Yesterday he received the notice of suspicion, which describes the “facts” ego meetings and conversations with the Deputy of the radical Linko and intermediaries. And now a word to molting. It turns out, with Guzhva he has not met. The case fell apart at the start. And it’s perfect!

After his arrest came two lawyers, but they are not missed in the editorial office. It turned out that one of the defenders Igor Guzhva in the room was still is the Minister of justice of times of Yanukovych Olena Lukash. She said that now Guzhva is located in the city police Department.