One size fits all. In Ukraine judge for appeals in social networks to overthrow the government 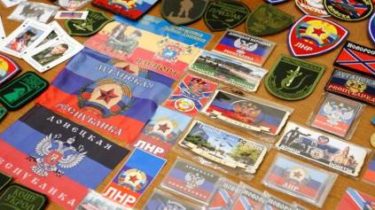 Ukrainian courts have already pronounced 12 verdicts against citizens for online distribution of materials with appeals to violent change or overthrow of the constitutional order or the seizure of state power.

About it last week was declared by the Deputy Minister of information policy Dmitry Zolotukhin.

He, however, stressed that in Ukraine there is no clear definition of the Internet and its regulation, and no legislation that would indicate that in social networks people can not or unable to Express any position.

Therefore, said Zolotukhin, people are registered in social networks, join a group where you Express your position. However, the activities of separatist groups in the Russian social networks Vkontakte and Odnoklassniki became one of the grounds for the decision of the Council of national security and defense of Ukraine regarding freezing in Ukraine, said the response of the security Service of Ukraine at the request of DW.

According to the SBU, against the administrators of such groups just from the beginning of the year we opened 28 criminal proceedings for distributing calls for the violent overthrow of the constitutional order or the seizure of power, a crime under article 109 of the Criminal code of Ukraine (the CCU).

Article 109 of the criminal code establishes criminal liability for public appeals to violent change or overthrow of the constitutional order or the seizure of state power, and distribution of materials with appeals to Commission of such actions. DW found in the open registry of court decisions of more than 50 sentences in this article by the courts in the spring of 2014.

36 of them are somehow connected with the spread of the respective appeals through social networks.

185 laptops and 36 sistemnika: the court seized equipment seized in the Odessa office of “Yandex.Ukraine”

Almost half of these sentences is really for administrators separatist groups in social networks Vkontakte and Odnoklassniki. This is, for example, the last date the verdict in the registry in relation to 25-year-old Kherson Yury G. As noted in the text of the court decision, in mid-March 2014 “create a community public access “#Novorossiya/OO “front Guards”Kherson”, which was posted articles (posts) of promotional nature”.

According to the conclusion of Ukrainian scientifically-research Institute of special equipment and judicial examinations of the SBU in USBU in the Volyn region, the records in the group “propagate and explain in details the idea of the need for Kherson to follow the example of Crimea, Donbass, Kherson create (Tauride) the people’s Republic, to join in the “new Russia”, that is actually to secede from Ukraine”.

And this, according to the report, “provokes a change of the constitutional order”. In the summer of 2014 he moved to Yalta, where he continued to administration groups, and also created a separate online resource “the city of Kherson.” In early 2016, he returned to Kherson, where he held the post of head of Department of socially-educational work of the local penal colony where he was detained in November 2016.

Video settings the frontline Kramatorsk, deciding how to overcome the Russian propaganda on TV

In February 2017 R. entered into a plea bargain plea and was sentenced to three years of imprisonment with a probation period of a year. On a similar scheme disclosed cases of separatist activities of the “public” in Kiev, Cherkasy, Zhytomyr and Zakarpattya regions.

However, the administrators of the public groups – not only the object of harassment by the SBU. In the Kirovograd region, which is the leader in the number of sentences in similar cases (13 of 36), most investigations concern the people, did repost separatist materials on their own pages in VK and Odnoklassniki.

The presence of the accused from a few dozen to a few hundred friends or followers allowed the court to treat such actions as “appeals”.

…and the armed uprising of nationalists

However, the Pro-Russian separatist supporters – not the only one who goes on trial under article 109 of the criminal code.

So, in February 2016, the Sum of Zarechny court heard the case of 22-year-old student, who on his Facebook page under the name “Bohdan Mazepa” census record of one of the nationalist groups. “Goodnight, will not allow to revive the scoop, we won’t give tolerance in Europe to force us to accept refugees. Overthrow the government and install OSOBA_3 at the head of the rebels”, – cited the appeal court decision.

This and a few posts, was regarded by the court as appeals to overthrow the existing constitutional order. The subject of the investigation are even comments in the public notes.

An example would be a case of Uzhgorod musician Yuri B. in January 2017 commented on a post in the Facebook group “Peresko “Uzhgorod” with the call to gather for a rally under the Transcarpathian regional state administration. “If you want to order, then we must all take up arms and go all the brethren, if not, then why are these calls,” wrote B. in the review, which was qualified by a consequence and court as a public call for the seizure of power.

Under article 109 of the criminal code, the punishment for such calls – up to three years of imprisonment, and if committed by a person who is a representative government, or repeatedly or by an organized group, or through the media, to five years imprisonment. In the studied DW the sentences in respect of social networks almost all the punishment conditionally assigned.

The defendants, as a rule, entered into an agreement with the investigation or admitted guilt in the courtroom, so the court and taken into consideration as a mitigating circumstance and freed from punishment with a probation period of from one to three years.

Video today in Ukraine will be punished for wearing a St. George ribbon

And not even recognizing his own guilt, Victor G., a border guard from Cherkasy region, which in March 2014 was created in Vkontakte separatist group “GCD Cherkassy”, “escaped” the condemnation of one year of imprisonment conditionally. However, the sentence appealed by Prosecutor’s office and is currently being reviewed by a higher Tribunal. Real terms of imprisonment in such cases the courts appoint only in cases burdened by other episodes of criminal activity.

Like in the case of brethren L. from Ternopil, who was also convicted of terrorism, high treason, encroachment on the territorial integrity and unlawful use of a weapon and expect an exchange within the framework of the Minsk agreements. Repost as a crime.

Lawyers explain that a public call to change the constitutional order and distribution of materials with such appeals are two different things. So must pull a different degree of responsibility.

“Public is the call when its close to hear at least three people. And distribution of materials dissemination of information via the Internet, leaflets, Newspapers and the like, and is not a call”, – explained in comments DW’s Director of scientific development Centre for political and legal reforms, expert on criminal law Nikolay havronyuk. However, for the court there is no difference, a man wrote a post about change of the constitutional system, or just made it repost.

A month without of Yandex and VK. What moved Ukrainians and how has their preferences

“Post is a repost and distribution of material. No matter, you yourself created it, or someone else. Otherwise, everyone would just said that didn’t write it themselves”, – said Mykola Havronyuk. Executive Director of Amnesty International in Ukraine Oksana Pokalchuk in conversation with DW notes that the Ukrainian criminal legislation in the sphere of the Internet lags far behind technology development.

“Even more behind the legal and technical literacy of citizens. Therefore, the police should pay more attention to information work, to explain why repost separatist appeals may be considered a criminal offence,” she explains.