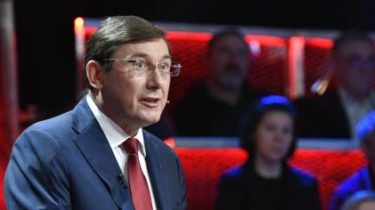 “The end of this cleansing series in the Verkhovna Rada? No, not the end. In the coming days you will hear another message, and many members will be considered in the autumn”, – said Lutsenko.

He stressed that all the five MPs, which is already in Parliament submission to the lifting of parliamentary immunity, there is sufficient evidence to bring them to justice.

“Whether they (the evidence) is enough for suspicion? I think, Yes. Will they be enough for an indictment? Most likely, Yes, But there is still a stage of a pretrial investigation, which will be held within a reasonable time. From my point of view – until about six months”, – said the Prosecutor General.

We will remind, Lutsenko asked BP to coordinate the prosecution of five people’s deputies. The Prosecutor hopes that the Parliament will consent to the criminal prosecution of their colleagues. The submission relate to: the Deputy from NF Eugene Dade, the group “will of the people” Oleksiy Dovgiy, “Radical party” Andrey Lozovoy, Deputy from BPP Borislav Rosenblatt, MP from the NF Maksym Polyakov.