Three important Ministers of the States this year to visit Ukraine. 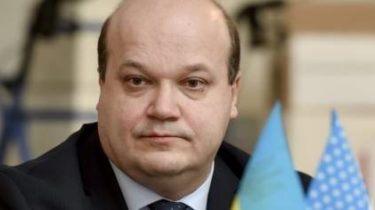 The head of the State Department of the United States Rex Tillerson, Secretary of defense James Mattis and the Minister of energy Rick Perry received an invitation to visit Ukraine with visits in the near future.

This was told by the Ambassador of Ukraine to the United States Valeriy Chaly, writes UKRINFORM.

“The President (Poroshenko – ed.) had invited several Ministers to visit Ukraine. It is obvious that official announcements will be announced later, but I can say that this year we expect US Secretary of energy, Secretary of state, Secretary of defense, despite his very difficult schedule,” – said the Ambassador.

According to him, such visits “will provide an opportunity to reach concrete decisions.” Now is working on the preparation of relevant agreements and decisions.

Investment and export expansion. What he was talking about Poroshenko and the U.S. Secretary of Commerce

Chaly added that the administration of Donald trump, whose representatives met earlier this week Poroshenko “confirmed that see Ukraine as an important partner“.