In the area of massive fire occurred 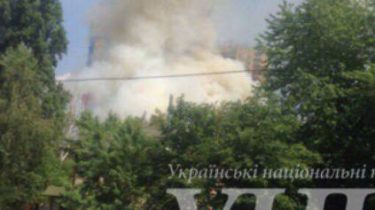 In Kiev on the street Sivashsky massive fire occurred.

“Lit one-storey building. The fire destroyed the premises before the arrival of rescuers. Now the fire is liquidated”, – said the Agency interlocutor.

According to eyewitnesses, in the street Sivashsky, according to preliminary data, has lit up the office.

They reported that the morning was heard the pop and then the fire started.

We will remind, yesterday, on June 24, a fire in a 5-storey residential building in the center of Kiev the person was lost. The message on a fire in the house on the street, 81-And arrived at 23:13.

At the scene firefighters found that the fire started in one of the apartments on the 5th floor.