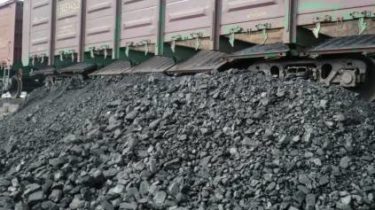 Ukraine plans to buy at least 2 million tons of coal from the US, and also to increase the share of the us suppliers of nuclear fuel.

About it in interview to Ukrainian TV channels on Sunday said the President of Ukraine Petro Poroshenko.

The Ukrainian head of state noted that after the capture of Ukrainian companies Kyiv militants have refused to buy coal from the occupied territories. During his visit to the United States Poroshenko agreed to purchase coal from Pennsylvania at competitive prices.

“We have a guaranteed supply of at least 2 million tons of coal. For this purpose all conditions are created. Should only be contracted on energy security,” the President said.

As for nuclear fuel, Poroshenko hopes to increase the share of U.S. suppliers to 55%.

“Energy security lies in the question of nuclear power. Here we increase much more share of the us suppliers of nuclear fuel of Westinghouse in Ukraine. I hope that we will be able to make it to 55%,” – said Poroshenko.

According to the President, Ukraine has also continued the construction of a centralized repository to be spent nuclear fuel from Ukrainian nuclear power plants.

We will remind, the Prime Minister Volodymyr Groysman said that the Ukrainian state company buy deficit coal in Russia. According to him, the Cabinet shall take all necessary measures for the diversification of the supply of anthracite coal.