23 shelling of militants and wounded one Ukrainian soldier. Chronicle of the ATO 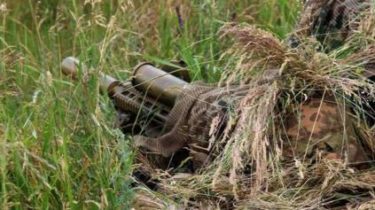 For Sunday, June 25, in the area of ATO in the Donbas the militants 23 times fired at positions of the Ukrainian military, wounding one soldier.

“The operative situation in the ATO area has not changed significantly. The enemy continues to violate the truce, from time to time applying and mortars of various calibers. Over the past day units of Russian occupation troops 23 times fired at the Ukrainian defenders. A trend of increasing enemy fire activity in the dark remains unchanged. The relative stabilization from yesterday morning is observed only in the coastal areas. But the most intense attacks, including with artillery, occurred in the Luhansk region”, – stated in the message.

The construction of the press center of the ATO headquarters for the past days as at 06.00 hours on 26 June 2017, the Operational situation in the area…

Published by the Press center of staff ATO 25 Jun 2017

Earlier in the headquarters of the ATO reported about provocations and even terrorist acts, which are prepared by the militants in the Luhansk region.