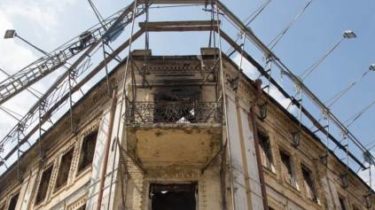 The historical building of the hotel “Calais” on Khreshchatyk, which in Soviet times was used as a Central Metropolitan delimust be restored to its original form. The public promise given by representatives of the owner of the building, according to a story TSN.19:30.

Journalists contacted the city administration, which confirmed that in case of compliance, the owner of the building the power will not have claims. Otherwise, the Kyiv city state administration to threaten to return the monument to the city.

As reported, the representative of the owner Vladimir Kalinichenko said that the building will be renovated. “The owner made the final decision, and today I declare it the official position: the specified object is the Central Department store will be recreated and restored. This promise, and it will be fulfilled,” – he stressed. However, it is unknown how long it will take for the restoration and all the preparatory discussions.