The judges have overcome the veto of Council of integrity Strizhevskaya 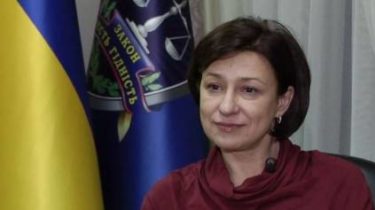 The high qualification Commission of judges overcame a veto of the Public Council of integrity to the election of the Deputy attorney General Angela Strizhevskaya in the new Supreme Court.

Glad vetoed the election of Strizhevskaya judge of the new Supreme Court, accusing it of conflicts of interest and inconsistencies in income of costs of the Deputy attorney General. Storozhevsky pointed out that in 2006, against it criminal case.

To overcome the veto of Council voted by 13 members of the CCG with a minimum of 11, against -1.

Thus, the Commission recognized that Storozhevsky meets criteria of integrity.