“The price of neo-Imperial ambitions grow.” Poroshenko reacted on the extension of sanctions against Russia 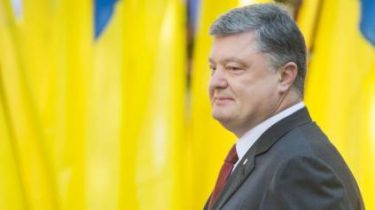 The President of Ukraine Petro Poroshenko welcomed the EU Council decision on the extension of economic sanctions against Russia.

To act the restrictive measures will be at least until January 31, 2018.

Ukraine asks EU to extend sanctions against Russia once a year

“Solidarity with Ukraine is growing, the price of aggression and neo-Imperial ambitions are growing,” wrote Ukrainian guarantor in Facebook.

Earlier, the President of the European Council Donald Tusk assured that sanctions against Russia will be extended for at least the next six months.

Videos, the failure to Moscow Minsk agreements sanctions restrictions will be in effect for another six months