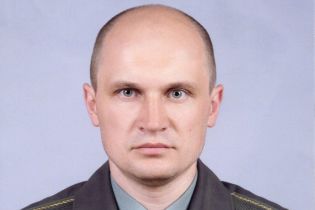 The military Prosecutor’s office of the ATO forces has described the undermining of the car the Donbas, which were the military of the SBU, as a terrorist act.

This was reported by the press service of the Prosecutor General.

“June 27, 2017, around 19.00 hour. on the street in S. Elenovka the Constantine district, Donetsk oblast an unidentified person powered explosive device in the result of the detonation which destroyed the Opel Vectra, which were the military security service of Ukraine and local”, – told in GPU.

The press service of the Prosecutor General confirmed that as a result of explosion one soldier of the SBU was killed at the scene, the other two, as well as local resident caused injuries of varying severity.

Currently, victims hospitalized in a medical institution. It is reported that, after treatment and stabilization, with their direct participation will be conducted necessary investigative and procedural actions.

The military Prosecutor’s office of the ATO forces has described the undermining of the car in the Donetsk region, in which were soldiers…

Published by the Prosecutor General’s Office of Ukraine on June 28, 2017

“These circumstances are qualified as a terrorist act that led to death and causing other serious consequences on signs of the criminal offense under part 3 St. 258 UK of Ukraine. Pre-trial investigation in the specified criminal proceedings carried out by the Military Prosecutor’s office of the ATO. Pre-judicial investigation proceeds”, – is spoken in the message.

We will remind, yesterday, on June 27, in Kiev, blew up the car with the Colonel of intelligence of the Ministry of defense.