Due to hacker attacks, there are still problems in the two banks and not the stock market works 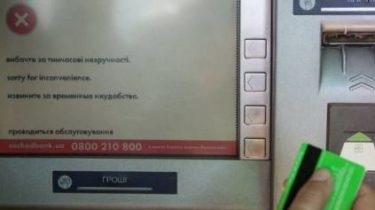 As of today, June 29, on the third day after a hacker attack virus Petya.A, operate in a limited mode two state banks – “Oschadbank” and “Ukrgasbank”. And the stock market has still not resumed work.

“The work of a number of banks, which was limited due to hacker attacks, is gradually recovering. The system of electronic payments (Sep) the National Bank is operating normally. The process of resumption of the affected banks, the EPS of the NBU. All processing centers of the country work. Operations with payment cards are carried out in a usual mode”, – said the acting Chairman of the national Bank Yakov Smoliy.

“Ukrgasbank” has renewed the work of branches in restricted mode and some time will provide customer service by taking payment orders on paper. “Oschadbank” resumes in General and the connection to the BOT.

Meanwhile, Ukraine’s stock market is not working, because still have not resumed work after cyberattacks the basic institutions of the Depository clearing system of the national Depository of Ukraine and Settlement center for servicing contracts in financial markets. About it writes “Interfax-Ukraine”. Perhaps these companies will resume their work closer to the evening of Thursday, June 29. Such large-scale failure of the Ukrainian stock market because of cyber attacks is the first in its history.

Meanwhile, the UN has assured that the money was not the main motive of mass hacker attacks.