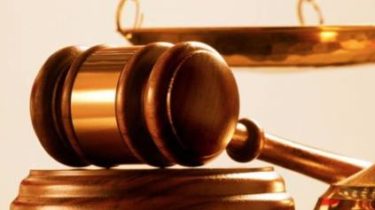 Kyiv, June 29, 2017. Board of the High specialized court for civil and criminal cases rejected the cassation appeal of people’s Deputy Pavlo Kostenko (fraction “Self-help”) and upheld the decision of the Desna district court confirmed the appeal court of Kyiv obliging the people’s choice to publicly refute the false charges of participation in group ICU for corrupt transactions.

The courts of three instances found that the ICU group is not related to any of the transactions attributed to Pavel Kostenko.

Already in the appeal he indicated that he was not referring to the ICU group, stating “the operations of withdrawal of profits from state financial institutions,” payment “of corruption services” and other illegal operations, and cause unfounded accusations against the ICU group in the appeal called his “conflict with the National Bank”. The court recognized the conflict of Pavel Kostenko with the National Bank a sufficient basis for spreading false information about the group the ICU and ordered him to refute their false accusations the same way they were distributed – through the publication of a rebuttal on his page on Facebook and on the website eizvestia.som.

Given that in the public statements of Mr. Kostenko’s the name of the LLC “Investment Capital Ukraine” expressly stated in connection with the concluded transactions, it is necessary to state once again that the MP inclined to publicly disseminate the information he obviously doesn’t consider truthful. Many media outlets publicized allegations of the Deputy, relying on his status official. On the basis of these statements, there have been several pseudo investigations, in which through speculation the authors came to the conclusion that the smoke without fire does not happen and, perhaps, in the words of Kostenko’s something there. False accusations of Pavel Kostenko was one of the links campaign to discredit the ICU group, damage to its reputation.

The ICU group welcomes the decision of the courts of three instances and calls the people’s Deputy Pavlo Kostenko to comply with this decision. A refutation of false information on the part of the people’s Deputy is especially important, as it will serve as proof of the equality of all before the law, regardless the position. In addition, each MP taking the oath, solemnly swears, among other things, to comply with the laws of Ukraine. Meanwhile, the article 302 the Civil code of Ukraine provides that any person providing information must ensure its accuracy.

The ICU group has repeatedly become the object of political speculation and not for the first time confronted with the misuse of his name for political or business accounts. The group further intends to protect its reputation and good name in all lawful ways.

The decision of the Board of the High specialized court for civil and criminal cases shall be final, binding and not subject to appeal.