In Turkey, the dog nearly derailed the concert by the Vienna orchestra, ran for musicians 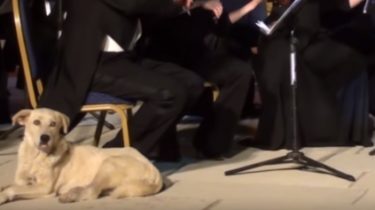 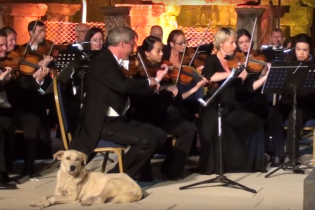 In Turkey, at a concert of the Vienna chamber orchestra on stage accidentally left the dog.

The incident occurred at the International festival of the arts in the city of Ephesus, writes the Mirror. During the performance on stage ran the dog. A large number of people, lights and music didn’t scare the animal, but rather the opposite.

Stylish hats and a Hollywood smile. Instagram the star has become a charismatic dog ulybaka

The dog at first seemed like the scene started to observe what was happening and quietly lay down beside the Fiddler.

In turn, the audience greeted her with applause, and the musicians started to smile, but was very focused with his game to pay attention to it.

We will remind, earlier the dog’s dance festival took place in the river. For participation in it have gathered dogs from different cities of Ukraine. On the grass dance floor animals went together with the owners – so a sense of rhythm and dance moves demonstrated in pairs.