Soldier killed and four wounded. A day in the area ATO 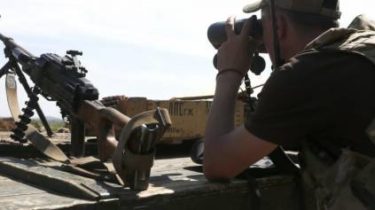 Fighters 22 times fired at the Ukrainian units per day. This reports the press center of staff ATO.

The direction of Donetsk. The militants actively shelled the positions of the military in the area, “Avdiyivka – stove”. In addition, under the enemy fire hit the strongholds of ATO forces near Luhansk, on the arc Svetlodarsk.

With 23 years of military who died under Volnovaha, say goodbye at home

Lugansk direction. The militants fired in the area of shchastya and Popasna.

As a result of attacks one Ukrainian military was lost. Four fighters of forces of ATO were injured.

Earlier in Minsk of the trilateral contact group, supported the appeal of local councils about the beginning of the “bread of truce” – a ceasefire in the harvest time from June 24.