The Tribunal ordered Naftogaz to pay $ 1.7 billion to Gazprom – Miller 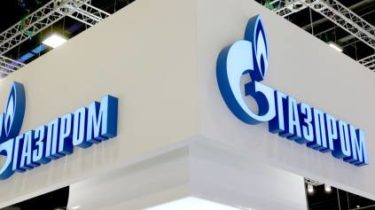 The Stockholm arbitration court decided to recover from the Ukrainian “Naftogaz” of $ 1.7 billion in favor of “Gazprom”.

About it reports the Russian news Agency “Interfax” with reference to the head of the Russian company Alexey Miller.

It is noted that the preliminary decision and “Gazprom” it appeals.

“It was an interim decision of the Stockholm arbitration. According to the preliminary economic assessment in accordance with the previous decision of the Stockholm arbitration on collecting with” Naftogaz “to” Gazprom “more than $ 1.7 billion At the same time, the reasoning of the arbitrators on many issues interim solution seems inadequate. And “Gazprom” made the decision to appeal the interim decision in appeal court of Sweden, ” Miller said.

In “Naftogaz” the decision has not yet commented.

We will remind, “Naftogaz” and “Gazprom” has filed counter-claims three years ago – under the terms and cost of transit of Russian gas through Ukraine to Europe, as well as the cost and terms of purchase and sale of gas for Ukraine. In may of this year the arbitration has taken the first stand-alone decision.