Effect of changes in the budget: the money for the subsidies, the repair of roads and rural medicine 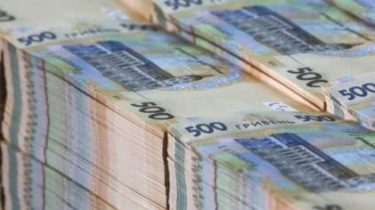 President Petro Poroshenko has signed the law on amendments to the state budget for 2017. Money from overfulfillment of the budget, in particular, will direct the public subsidies, the repair and construction of new roads and the financing of medicine in the village.

“The key directions of use of this money are extremely important. First, who should get the proceeds from the over – fulfillment of budget is the poorest of the poor. This refers to people who get subsidies. We must ensure that the full amount of their costs were financed”, – said Poroshenko, quoted by his press service.

The head of state said that extra money is used for the monetization of subsidies.

“Those who save energy, those who save heat, will have the opportunity cash to the money they can spend on utilities or energy efficiency. This initiative received the support of the government”, – said Poroshenko.

For the development of rural medicine are also allocated funds.

“This is good news for the villagers. The deputies listened to my suggestions and has allocated 4 billion for the development of rural medicine”, – said Poroshenko.

He said that the money will be allocated from the special Fund of the state budget.

“This special Fund will go, including next year. It will not be kompaneyschina. This is a very well designed program to protect people”, – assured the President.

The state budget exceeded due to shadowing and anti-corruption. Partially – about 1 billion UAH is the money confiscated from the “family Yanukovych.”

The President also announced that there will be financed the activities required for the construction of the Museum of heroes of the Heavenly hundred and the creation of a Museum of soldiers ATO, honoring the 85th anniversary of the Holodomor in Ukraine and many other projects.