In Kiev, the woman in front of my daughter and mother jumped from the 10th floor 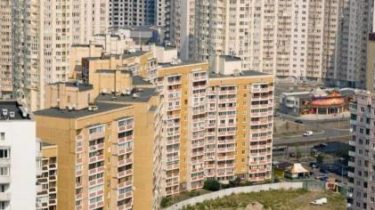 In Kiev , a woman jumped from the balcony of the apartment on the 10th floor of a residential building.

“On the street Zoe Gaidai found the woman in critical condition who dropped out from a balcony on the 10th floor of the house”, – stated in the message.

When on the scene law enforcement officers arrived, the victim was taken by ambulance, but the 31-year-old woman from the received traumas has died on road to hospital.

As it turned out, before her death she was drinking with her man and the pair then fell out. A man came out to smoke on the landing, and the woman went to the balcony and the eyes of the daughters and mothers who do not have time to stop her, jumped down.

Now a woman’s body is directed on is judicial-medical examination, the police qualified the incident as a suicide, the criminal proceedings are opened.

We will remind, earlier in Nikolaev two year old child fell from the window of the 4th floor. The child died in front of his mother and older brother.