I would be glad if Saakashvili in court debunked the claim on the passport. 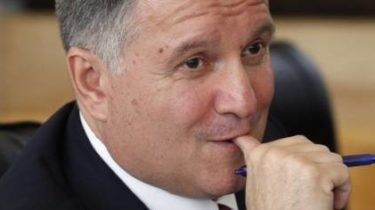 The Minister of internal Affairs Arsen Avakov stated that Ukrainian legislation needs to make changes that will address the procedures for granting and withdrawing citizenship. In his opinion, it is necessary to develop a clearer mechanism to “avoid any incidents Saakashvili”.

Avakov has published a video of the conflict.

“I’ll be glad if Saakashvili, collecting all formal legal arguments in court to prove its legality of the possession of a Ukrainian passport, having debunked all claims. And not that I liked him or I skazhenny love – no – it’s just right and nice when going to work this democratic and legal institution of appeal decisions. Regardless of who someone likes and what someone’s political views and goals. And yet, I like what an honor to have Ukrainian citizenship will fight! This is correct,” – said Avakov.

Russia announced a simplified procedure of obtaining citizenship for Ukrainians born in the USSR. Rubbing the handle, the Kremlin…

“I am convinced that in the autumn, with the beginning of work of the Parliament need to amend the Ukrainian legislation more clearly, firmly and clearly, writing the procedures for the granting and deprivation of citizenship, unwavering rights of Ukrainian citizens – regardless of anyone else’s will in Ukraine and abroad. What would not occur any incidents Saakashvili nor are rubbing their little hands of the Kremlin dreamers, inviting red peel instead of our beauties with a Trident,” said the Minister.

Videovideo quarrel Avakov and Saakashvili blew up the social networks

Ukrainian citizenship Saakashvili gave his decree the President of Ukraine Petro Poroshenko at the end of may 2015. On the eve of obtaining his Ukrainian passport was appointed Chairman of the Odessa regional state administration. In December 2015, it was deprived of Georgian citizenship.