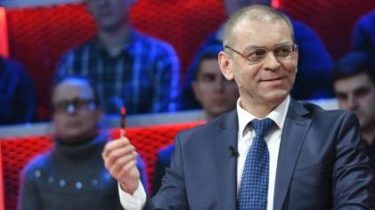 The Deputy from “popular front” Sergei Pashinsky announced the closure against him in the controversial case about the shooting near the village Khlepcha.

“The criminal case is closed, the police sent the materials to attract Chimiques V. E. to administrative responsibility for hooliganism,” – said the MP.

Pashinsky also issued a resolution on closing of criminal proceedings.

According to him, he participated in more than 50 hours of investigative actions, numerous interrogations, investigatory experiments and examinations. He stressed that they “have confirmed the legitimacy of his actions.”

Exactly 7 months ago, an incident happened with me on the road near the village Khlepcha. I want to thank the Novel Shrike, Karl Volokh, Yuri …

The court in the case Pashinsky postponed: judge in hospital

We will remind, on December 31, 2016 Sergei Pashinsky with his wife in the dark part of the day almost crashed into a carthat broke down on the road. The two men at this point tried to pull the car from the roadway. Began a verbal altercation, which ended Pashinsky was threatened with a gun one of the men, who allegedly smashed the head of the Deputy a bottle of soft drink.

Pashinsky shot the offender Vyacheslav Himikos in the leg, however, he shot in self-defense or first pulled out a gun for intimidation and threats – is still unknown. The testimony of the parties to the conflict regarding this vary.

Note that after the meeting in February, at which Vyacheslav HMOs was recognized by the victim, Pashinsky said that he will appeal this decision. The MP argued that the judge who took that decision previously made decisions against participants of the Maidan, and it therefore considers that its decision is unfair.

Protection Pashinsky insists that the MP had the status of a victim, not a witness because he was wounded with a knife wound from a bottle, and it is fixed in accordance with the procedure. In turn, the lawyer Hmmas says the people’s Deputy cannot be a victim because immediately after the incident, he went abroad, and I meant no injury, which would hamper its activities, was not applied.