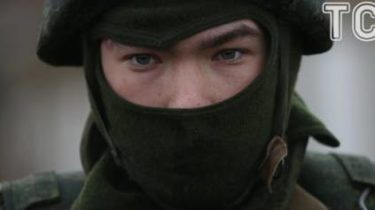 Command the Russian occupying troops have suspended indefinitely the dismissal of officers from military service, and stopped to give them a holiday with departure on the territory of Russia.

This is stated in the press service of the defense Ministry Gur in Facebook.

It is noted that according to authorities, the officers asked to sign new contracts or resign with negative characteristics, making it impossible to continue military service in any of the Russian power structures.

In addition it is reported that the formations and units of 1 (Donetsk) and 2 (Lugansk) AK the armed forces a growing number of cases of evasion of military service among Junior officers that makes the Russian command to stop to give them a holiday with departure on the territory of Russia, even in the case of death of close relatives.

The situation in temporarily occupied territories of Donetsk and Lugansk regions as of August 1, Command of Russian…

Published by the Main intelligence Directorate of the Ministry of defense of Ukraine August 1, 2017.

“Officer 2 AK (Lugansk), armed forces Lieutenant Efimenko Konstantin Aleksandrovich through the refusal of command to give him the family leave with a trip to the Russian Federation tried to kill himself, striking himself a stab wound to the chest. The officer was taken to the hospital M. kadyivka”, – told in the press service of the Ukrainian intelligence.

Earlier it was reported that on Donbass continues to grow, the number of non-combat losses in the units of militants and the armed forces. In one of the divisions 6 motorized rifle regiment (kadievka) 2 AK a Russian officer during the “education session” was beaten with a wooden stick four subordinates. According to scouts, one of hackneyed died, two escaped from the military unit, and another tried to commit suicide.