In Kiev, one of the metro stations has become automated 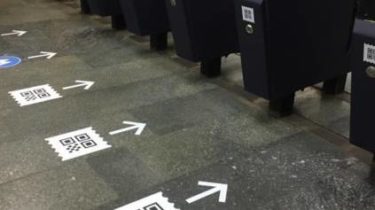 Wednesday, 2 August, at the Moscow metro station “Klovska” launched a pilot project of automation of processes of work underground.

On it informs Department of transport infrastructure KSCA in Facebook.

Now passengers will be able to replenish their electronic travel and purchase a single ticket with a QR code.

At the metro station “Klovska” from today gained a pilot project for automation of the metro. #metro #KSCA #Civetta #pluripotent

Published by the Department of transport infrastructure KSCA August 2, 2017

Kiev metro refused from the green tokens. What do the passengers

We will remind, in Kiev subway told which station will leave the tokens. In Kiev begin to abandon the use of tokens in the subway, the experimental station will be “Klovska”.

The first station, which will be the most automated and refuse tokens will be “Klovska”.

As noted in subway tokens at the station will disappear at the beginning of August, but passengers will be able to use a single trip by scanning the QR code, buy the travel and also fill up a subway map at any number of trips using a credit card.