No cash: Kiev introduced a new payment system for Parking 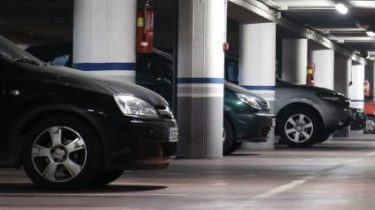 From the 10th of August in Kiev will earn a new payment system for Parking services. This was announced on his page in Facebook the mayor of the capital Vitali Klitschko.

“To prevent corruption, from August 10 handling of cash on Parking in Kiev do not. And Valet Parking will not be! The driver can pay the Parking the meter for free or buy a monthly Parking ticket. Monthly Parking tickets for different zones can be purchased in kiosks of the press sales, information kiosks. Until August 10, they will appear there”, – said the mayor.

Moreover, the mayor called for a fight with the Valet after the indicated date will demand cash from drivers – in this case, Klitschko advised to immediately call the police.

“Such measures, the city government introduces the not yet enacted, which will give us the necessary leverage to bring order to the Park as a whole. People who worked in the field of Parking, we’re not firing. There is a lot of work in the utilities sector”, – said Klitschko.

Friends! And who hasn’t: innovations for those behind the wheel. We put things in order in Parking. To prevent the occurrence of…

Advisor to the mayor Dmitry Belotserkovets said that effectively this system will work after adoption on second reading of bill #5364, which provides city authorities the possibility to fine or to evacuate the car for non-payment of Parking.

We will remind, under the new law substantially increases the fine for Parking on the ground to transport people with disabilities: drivers have to pay from 1000 to 1700 UAH.

Videopo the new law, a fourfold increase in fines for Parking in handicapped spaces