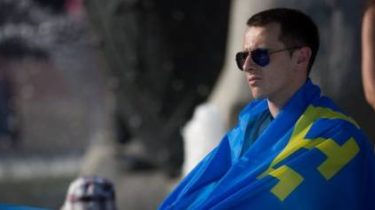 The Prosecutor’s office of Autonomous Republic of Crimea began to collect the testimony of internally displaced persons from the Peninsula about the destruction and misappropriation of their property by the occupiers.

“The Prosecutor’s office of Autonomous Republic of Crimea is investigating the criminal proceedings on the facts of deliberate damage and destruction of property, misappropriation, embezzlement and appropriation of the occupation authorities of the Crimea as state property, or property of private persons”, – stated in the message.

As the Prosecutor emphasized that such actions of the occupation authorities not only fall within signs of violations of the laws and customs of war and is a war crime falling within the jurisdiction of the International criminal court.

“In the case of existing information on these facts or if your property was illegally expropriated, captured or had other violations of your property rights, you can contact the Prosecutor’s office of Crimea (Kyiv, vul. Business,24) phone (044) 569-73-57 or to report such facts to the email address: [email protected]” – added the press service.

Separately, the Department assured that for protection of the violated rights of citizens on the temporarily occupied territory of Crimea and Sevastopol and bring to justice those responsible will be taken all possible measures.

Earlier, the Minister of justice Pavel Petrenko said that Ukraine has collected enough evidence to support the planned preparation of Russia for the annexation of the Crimea in 2013.

March 16, 2014 on the territory of Crimea and Sevastopol was held so-called referendum on the status of the Peninsulaby results of which Russia included the Crimea in its composition. Neither Ukraine nor the European Union nor the United States did not recognize the vote and believe that Russia illegally annexed the Crimea.

In 2014, Ukraine has filed five lawsuits in the ECHR against Russia due to the annexation of the Crimea and the fighting in the Donbass. The Ministry of justice announced the filing of the sixth complaint.

In turn rigidly Amnesty International reported on human rights in Crimea. In the annual report on compliance and violation of human rights there is systematic repression, prohibition of Assembly and the restriction of freedom of speech in Crimea. Human rights activists state that the self-proclaimed Crimean government pursues those who disagree with its actions sympathizers of Ukraine. First of all, for its position suffers from the Crimean Tatar community, noted in an international organization. People disappear, the leaders are carrying out searches, the ongoing politically motivated arrests. Defenders is also concerned about the closure of the Crimean Tatar channel ATR and the desire of the so-called “Prosecutor of Crimea” to ban the Mejlis of the collegiate body of the Crimean Tatars.