In Lugansk, the invaders planted a Ukrainian blogger for 14 years 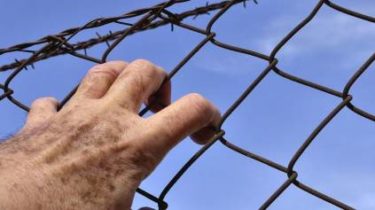 In Lugansk, the occupants thrown in prison a Ukrainian blogger Edward Medeleeva.

This was reported in the Facebook volunteer, a former journalist and member of the ATO Rodion Shovkoshitny.

“There’s this ed Weeks. Or Edward Nedelev. Lives in Lugansk. All of this time. And without food, and without water was when it was hard in the 14th. He didn’t want to go. Everyone knew, but could not. Had reason. His right”, – the volunteer told.

He also added that Nadeljaev wrote a lot in Facebook about Lugansk and life in the occupied city, how it is changing. However, he is not one is hiding.

“Today he got 14 years in prison for “treason” from the “court martial LNR”, – the volunteer wrote.

There’s ed Weeks. Or Edward Nedelev. Lives in Lugansk. All of this time. And without food, and without water was difficult BU…

He noted, however, that Nadeljaev was never a scout.

“Any intelligence he did not commit. Didnt correct anything, not coordinated, not directed, not “inciting” and “not”, in which he is accused. He just wrote in Facebook about life in the occupied Lugansk, calling a spade a spade,” said Shovkoshitny.

We will remind, earlier the blogger Ludmila Surzhenko after the captivity in Luhansk fighters first met with Ukrainian journalists. The woman was fired on 29 July, and two weeks before that on a post of terrorists it arrested through the Patriotic photo on the phone. Surzhenko thrown in jail so-called “LNB”, where she was tortured. With her in the basement were some women who were held in dungeon a few months. Details of her release are still classified.