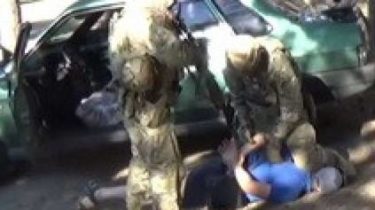 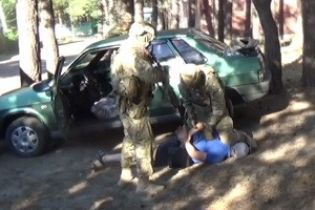 In the zone of the antiterrorist operation terminated the activities of the informer network of one of illegal armed groups “DNR”.

It was found that two of the IDPs decided to work on familiar Thriller “DNR”.

A man and a woman was passing information to prepare acts of sabotage against the forces of ATO on the territory of the Bakhmut and Slavic area of Donetsk region.

They informed the terrorists about the movement and locations of military equipment and personnel APU.

On the Luhansk region detained the informant of terrorists

We will remind, SBU I detained two of osvedomitelley “DNR” in the zone of the ATO. On 18 July, the security Service of Ukraine exposed two poplong “DNR”, who were passing information on the movement and locations of the Ukrainian military. Reports a press about it-service SBU.

The detainees confessed in facilitating the activities of illegal armed formations so-called “DNR”. Now it is reported about suspicion under part 1 of article 258-3 of the Criminal code of Ukraine.