The militants “LNR” shelled a village near Popasna, were injured pensioner 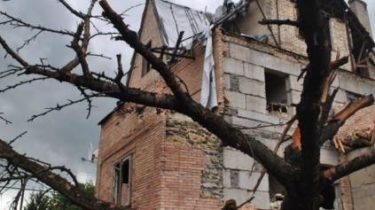 In the Luhansk region in the shelling of the militants was wounded pensioner.

About it reported in Department of communications of the police region.

“Near the village of novooleksandrivka the Popasnyansky area during the shelling from the temporarily uncontrolled by the Ukrainian authorities of the territory and wounded a 70-year-old man”, – is spoken in the message.

As noted, the wounded man was discovered by staff of the center for control and coordination ceasefire observation mission of the ATO during the inspection of the territory and helped him. The victim refused hospitalization.

At present militiamen solve a question on qualification of the incident as a terrorist attack.

Recall, August 2, illegal armed groups 30 times violated the truce. In the fighting in Eastern Ukraine losses among the Ukrainian military no.