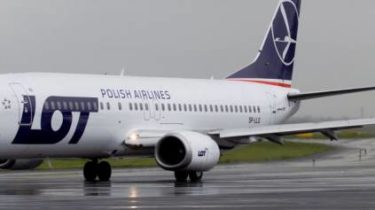 The Polish airline LOT will launch a new flight from the city.

Ukrainian city and Polsky Bydgoszcz will connect flights. The first flight starts in the night of 4 August and the planes will operate between the two cities on Mondays and Fridays.

Video surveillance needs of lowcost, the government gave the airport “Gostomel” near Kiev

The largest Polish airline will increase flights from Odessa to Warsaw

Previous studies indicate that the message Lviv-Bydgoszcz will be profitable.

Earlier it was reported that Qatar Airways from August 28 to carry out flight from Doha to “Boryspil”.