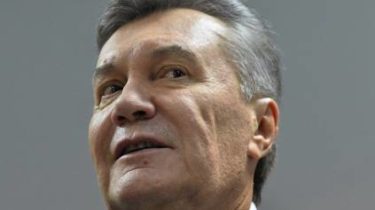 The court in the case of treason of ex-President Viktor Yanukovych called a former permanent representative of Ukraine to the UN Yuriy Sergeyev.

About it reported a press-the Secretary of GPU Larisa Sargan.

The fact that Yanukovych, a Russian court arrested in absentia Ukrainian Prosecutor and investigator

“Please your honors, in addition to the assigned courtroom on a specified date, also assign the hearing in the case against Yanukovych on August 15, 2017 with the aim of questioning the witness Yury Sergeyev and date to change the order of presentation of evidence. In case of approval of the application to call at the hearing, which will take place on 15 August 2017, the witness Sergeyev Yuri Anatolyevich. After completion of the interrogation of the witness Sergeeva to continue the study of evidence in accordance with the defined order”, – wrote Gar quote of the Prosecutor Ruslan Kravchenko.

The next hearing in the case of “Ukraine against Yanukovych” will be held August 10 at 10:00. In addition, the court ordered additional…

Published by Larisa Sargan on August 3, 2017

The prosecution added that requesting an additional meeting, due to the fact that the witness Sergeev will be located on the territory of Ukraine only on August 15.

The following three meetings, in case Yanukovych will be held on 17th, 23rd and 31st August.